New Zealand’s dramatic landscapes are much more than just a pretty backdrop for the Māori people.  Each tribe, or iwi, has local stories about how the mountains, rivers, lakes and hot springs in their region were created.

Local landmarks are part of their whakapapa, their genealogy, seen and respected as ancestors with personalities that connect the past with the present and future.

Arataki, a smartphone app launched in Tauranga this summer, takes visitors on cultural walking trails and immerses them in the rich culture as they stroll through beautiful scenery.

Storytelling in Māori society has always been an oral tradition.  Māori had no written language, although the symbolic meanings embodied in carvings, knots, weaving and even tattoos were widely understood.

Today, storytelling still plays an important role within Māori society.  It helps to keep the language and knowledge alive as it is handed down from generation to generation.

Māori legends are dramatic.  Their stories tell of love and deceit, of giants who dig out lakes in the South Island and of rival mountains which fight for love.  And Māori storytelling is much more than just narrative stories.  It often includes dance (haka), songs (waiata), chants and prayers (karakia) and poems. 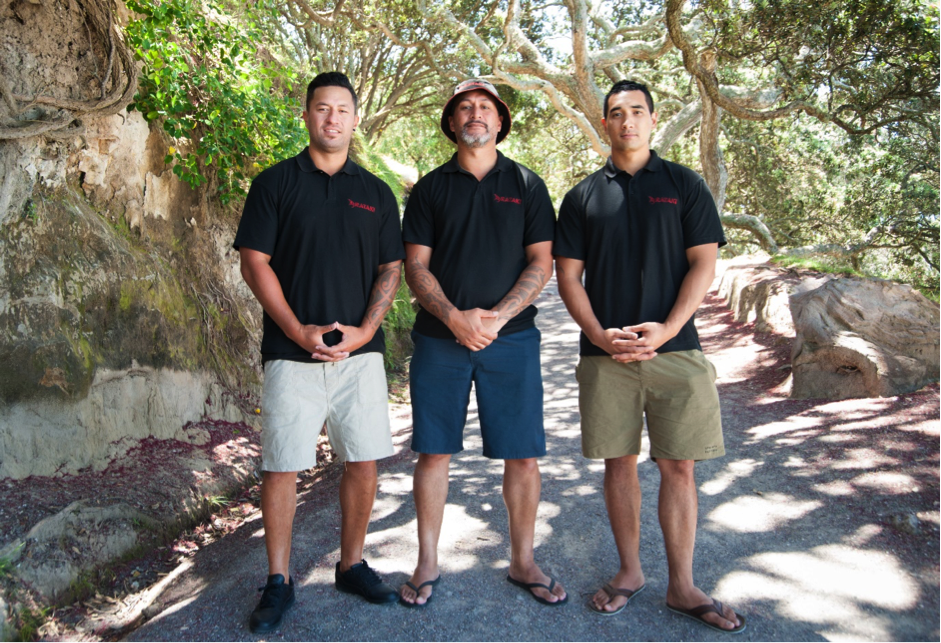 Arataki has teamed up with Joe Harawira, arguably the most experienced and travelled Māori storyteller in the world, who has shared his peoples’ stories for over 35 years and knows how to spellbind an audience.  “I am passionate about the art and craft of Māori storytelling and about reviving our oral traditions,” Harawira says.

“In this digital day and age, it is very rewarding to see our tamariki (children) connect with our stories and histories through an age old oral tradition and method of delivery.”

Harawira says he’s passionate about sharing stories and histories with both Māori and non-Māori, because the more the stories are shared, the more likely it is that these stories will be maintained, appreciated, and passed on to the next generation.

“Arataki are also committed to communicating cultural information and stories that are accurate and have mana (integrity),” he says. 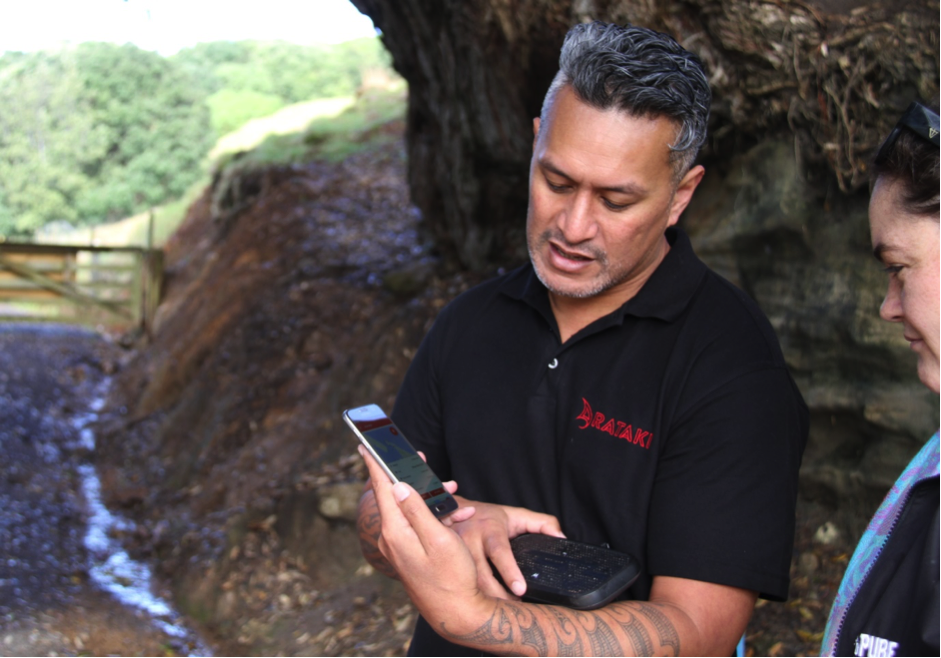 Lee Timutimu, the man behind Arataki has worked in IT as well as in Māori language initiatives, and wanted to bring his two passions, storytelling and technology, together.  “I have spent several years pondering ways in which to utilise technology to deliver Māori storytelling and stories.”

The Arataki app introduces visitors to Mauao, also known as Tauranga’s Mount Maunganui, a 232-metre-high extinct volcanic cone that welcomes tourists when they arrive at the popular seaside city in the Bay of Plenty of New Zealand’s North Island.

“Arataki” means to lead, to point out, to guide.  Timutimu explains that “we felt this word aligns perfectly with the concept behind our cultural walking trails, hence the origin of the name for our company.”

As the stories belong to the iwi of the region, Arataki partnered with them to tell them.  “In the case of Mauao, our ancestral mountain in Tauranga, we engaged with Ngāi Te Rangi who are one of three major Iwi based in Tauranga and also part owners of the mountain itself,” Timutimu says.

The cultural walking trails in the app give the user information and the legends that surround the culturally significant sites around Mauao.  “We see ourselves simply as caretakers who provide a tech-based delivery platform to assist with accurately communicating cultural information,” he says.

The app content was created for an audience who has little or no knowledge of the Māori culture.  It uses simple language, is easy to understand and where possible translations and explanation of Māori words used are provided.

The app enables visitors to experience guided walking trails using proximity technology.  Once users have loaded the free app on their phone they can choose between a series of guides for different walks, such as the Mauao Base Track or Maunganui Peninsula.  A map with the available GPS and beacon sites shows up and when they are within the range of the sites the cultural content is unlocked.  An internet connection is not needed, which is great for tourists with limited data allowances on their phone.

Each time they arrive at a site new content becomes available and they can learn about Māori place names, landmarks, stories, proverbs, history, songs and more.  The content is presented in multiple formats including audio, video, images and text.

Once unlocked the content will stay available on the app and visitors can revisit the tales, beautifully narrated by New Zealand’s most experienced storyteller over and over again.

The guide for Mount Maunganui is only the beginning.  Timutimu has already started discussions with other iwi around Aotearoa with the aim to grow the cultural walking trails nationwide.  The latest addition to the app includes introductions to the main cities and destinations which can be accessed at any time.

Timutimu hopes that the work the company does will contribute in sharing knowledge with future generations, and improve cultural communication, which in turn may help to improve understanding of the Māori culture within a multicultural New Zealand. 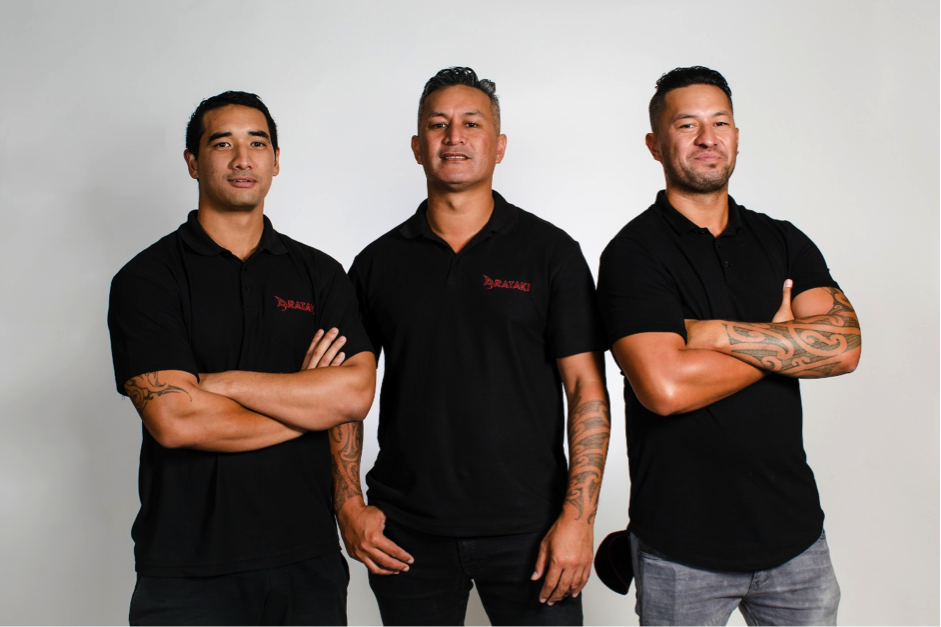 Lee founded Arataki Cultural Trails in November 2016, a tech start-up that combines storytelling and technology to deliver and communicate cultural information and stories to users.  The Arataki team (including co-owners Denym Harawira and Clayton Low) are a group of talented and entrepreneurial young Māori with over 50 years collective experience in the IT and technology industries.  The Arataki app is available for Android and iOS.

The team works out of Tauranga and the first cultural trail developed is around Mauao (also known as The Mount) which marks the entrance to Tauranga harbour.  In its first season, the app is being trialled by cruise ship passengers but anyone with a smart phone at Mauao can download the app and follow the journey.  The plan is to extend the network with other significant trails in towns and cities around Aotearoa.

The Arataki team are currently working with Tauranga City Council and Ngāi Tamarawaho to develop a guide at Kopurererua Valley in Tauranga, and are about to deploy a guide at Rainbow Springs (owned by Ngāi Tahu Tourism) in Rotorua.  Recently Arataki were selected as one of ten cohorts to participate in the Kōkiri Māori Business Accelerator, a programme managed by Te Wānanga o Aotearoa and Callaghan Innovation.