Skip to content
Home/Ngaruawahia to Silicon Valley
Previous Next

A Silicon Valley-based venture capital firm run by a Māori boy from Ngaruawahia looks for agri-tech solutions to global problems.  Yes Arama Kukutai has had an interesting journey since he first crossed paths with Poutama back in the mid-90s.

With apocalyptic mid-century climate scenarios abounding and likely to scare the bejesus out of the most hardened climate skeptic you can add to this that by 2050, the world will need to feed 10 billion people.  That will require a 70 per cent increase in current food production and a giant leap forward in innovation.

The firm that Arama is a partner in, Finistere Ventures, has opened an office in Palmerston North to tap NZ’s own agri-tech industry for answers to that existential problem.

We will literally have to do more with less, a situation that is fuelling an investment boom in cutting edge agri-tech companies – estimated at US$735 million last year alone by analyst group PitchBook.

“I have a passion for what we can do here.  There’s a lot of great technology and science that is not being commercialised,” says Arama. 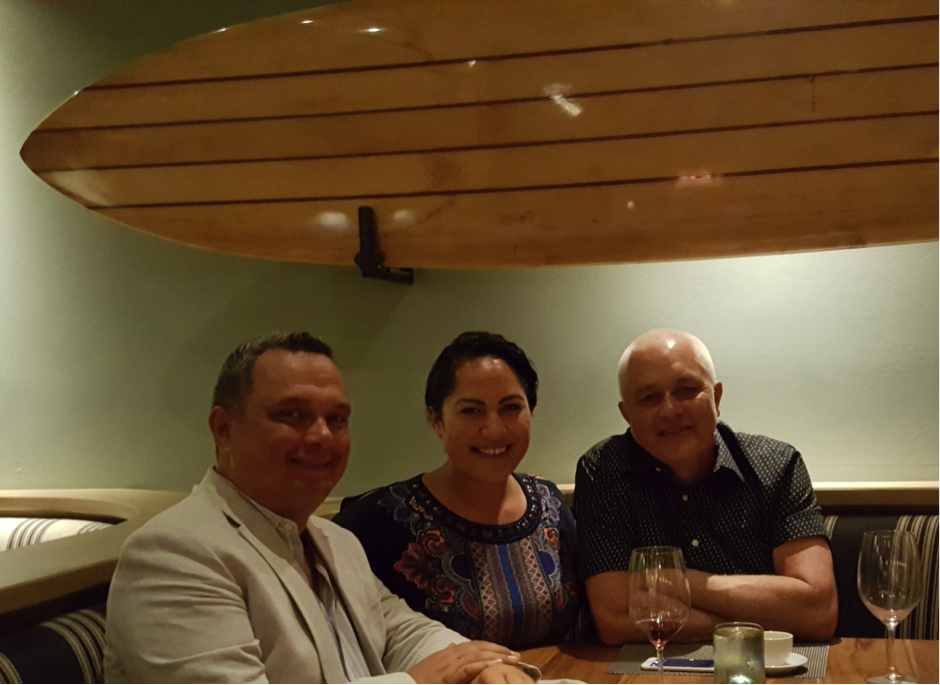 The pioneering agri-tech investor has taken stakes in companies from Ireland to Israel, but also has a strong weighting of New Zealand companies in its portfolio.  Zeakal, BioLumic and Invert Robotics are among Finistere’s local investments, with the company often leading a group of investors who bring international networks and industry links, as well as money to the table.

What is missing in New Zealand, is capital to fund innovative start-ups and the novel technologies coming out of our research institutions.  The recent Budget revealed a new $300 million fund, using contributions earmarked for the New Zealand Superannuation Fund, to address a ‘capital gap’ facing start-ups worth $2 million to $15 million.

Arama says that was a welcome move, but it’s still modest considering US$130 billion of venture funding went into US start-ups last year alone, surpassing the dot-com boom.

“At the same time, there are 450 series-A start-ups in Israel in agri-food,” Arama points out.

“We’ve been in one of the largest boom periods of venture investment ever.  New Zealand really missed that wave.  We were structurally unprepared for it.”

What our agricultural sector does have is a great international reputation and areas of genuine leadership, including in livestock and pasture productivity, genetics and horticulture and process innovation in the dairy sector, which accounts for around three per cent of global dairy production.

“We’d never come across another company that was using ultraviolet light to manipulate the genetic performance of a plant,” he says.

“It’s phenomenal.  Instead of doing genetic engineering of the plant, they are effectively activating genetic responses using light.  It started with seedlings and they are now doing work with seeds.”

BioLumic subsequently received a $2 million investment from Canadian company Canopy Rivers, which is interested in applying the UV treatment to improve the yield of cannabis crops.

The new Palmerston North Finistere office, based at business incubator and co-working space The Factory and led by entrepreneur Dean Tilyard, will scout for similarly disruptive technologies to invest in.

The task of feeding those 10 billion mouths in 2050 without trashing the environment is very much front of mind in all of these investments.  Finistere has joined former Google chairman Eric Schmidt and his own Palo-Alto-based investment company Innovation Endeavours, in creating Farm 205o, an ag-tech consortium that includes big agricultural players such as Bayer and Du Pont, as well as banks and tech companies Microsoft and Google.

“We are trying to get healthy, high-quality food that’s affordable,” says Arama.

“But we also don’t want massive externalities impacting the environment and our ability to survive in the future.”

“There’s push back by the consumer that the farmer and everyone up the chain have to listen to,” Arama warns.

“They’ll be punished if they don’t.”

Poutama, Finistere and The Factory are discussing innovation support for Māori entrepreneurs in the agri-tech space.