The TMRSIS team have just returned from a week in Vietnam consolidating their partnership with Solar BK, a Vietnam-based solar company.  The visit unraveled a plethora of opportunities and while Solar BK opened up their systems and processes for TMRSIS to leverage off they also simultaneously laid down some challenges to be met.

Over a few days huddled in the skunk works of Solar BK’s facility both parties worked on the ‘how’ of, over time, establishing a joint venture.  This partnership did not occur overnight, it is part of a relationship that started back in 2017 with an exploratory visit to Vietnam which was quickly followed by Solar BK visiting NZ early 2018 and then a return visit to Vietnam by TMRSIS in late 2018.  Between the 2018 visit and the recent one, TMRSIS has installed a pilot solar system on its workshop in Gisborne and more recently was selected as the preferred provider for a Gisborne School, not bad for a business that only got going early 2019.

The fact that TMRSIS set up the solar pilot and promptly won the school contract has given Solar BK a lot of confidence in the business’s capabilities and capacities.  These factors, coupled with TMRSIS’s diversified skill set, intellectual property, focus on R&D, broad networks and track record in international design and installation of ice slurry, refrigeration and cooling systems are reasons contributing to Solar BK opening up its solar and wind energy expertise, systems and processes to TMRSIS.

But it’s not all a one-way street, Solar BK is Vietnam’s largest privately-owned solar energy company, delivers and installs solar systems not only throughout Vietnam but also into S.E Asia, India and the Middle East with distributors in UK, Europe and USA.  They have a diverse range of solar products that incorporates solar desalination, agri-solar, aqua-solar and solar micro-grids. 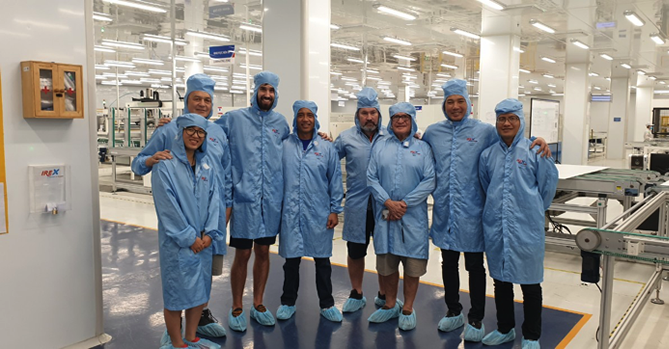 Solar BK backs this up through winning a number of international energy awards, having a strong R&D focus, state of the art solar manufacturing facilities and a very well educated workforce that just for fun elect marathon running as their team building pursuit…TMRSIS compliments this through being a very strong support crew for the Solar BK runners and introduce our own unique set of team building skills that consists of beer parties, guitar/ukulele playing, singing, fishing, diving and most importantly having a hell of lot of fun…

In all seriousness though, the relationship being developed between Vietnamese and Māori is contributing to what both parties feel will lead to a successful joint venture.  A complimentary set of values underpins this; both cultures are family oriented, are long-term thinkers and planners, and both exercise tinorangatiratanga, whanaungatanga and kaitiakitanga.  Neither side is in a hurry to formalise matters but both parties have a willingness to work together to create something special.  It’s also timely with the war on climate change and increasing demand on energy to be part of something different, particularly for Māori.

The opportunity lies for us to become our own energy provider.  Take the establishment of solar micro-grids as an example.  A poverty-stricken country like Bangladesh is bristling with solar micro-grids.  These micro-grids connect houses in villages, the villages in turn connect their micro-grids to each other creating a super-grid.  They trade energy among each other and even gift it, but what it does is it makes them more independent and less reliant on a centralised energy provider.  This is the democratisation of energy where power (excuse the pun) is in the hands of the user.

This can also occur in Aotearoa.  You can have neighbourhood solar energy micro-grids that connect up with other neighbourhood micro-grids thus as in Bangladesh forming super-grids.  TMRSIS aims to establish micro-grids among Papakainga whereby households can trade energy via their cell-phones and/or gift to people suffering from energy poverty as well as to their local marae.  Energy poverty is unfortunately a genuine condition among whānau, kaumātua & kuia.  The opportunity exists for that well-worn term ‘disruption’ to occur, and it is, but needs to be faster and wider.

The Ministry of Business, Innovation and Employment’s (MBIE) updated energy model suggests that $12B investment is coming in greener power.  Based on current trends 22% of homes will be generating their own solar power by 2050.  MBIE says that by 2050 just over half the new generating capacity required will come from wind generation, with geothermal, hydro, grid-connected solar plants and back-up gas turbines chipping in.

Things are evolving quickly, more recently TMRSIS has given thought on how to combine solar, geothermal and hydrogen energy.  It’s not stretching the imagination too far if say for example the newly established geothermal powered Waiū Dairy plant added solar and hydrogen to its energy mix.  Imagine a dairy plant run on geothermal and solar energy while using hydrogen to power its fleet of dairy tankers…now that’s innonative!! 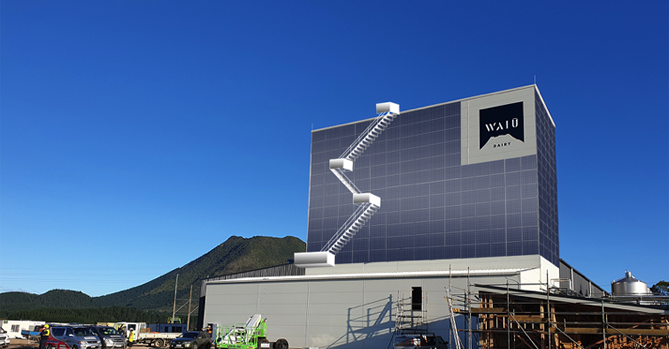 Could this be a world 1st – Waiū Dairy powering up on geothermal, solar & hydrogen energy

As we move towards a future where renewable energy becomes an imperative rather than the exception, TMRSIS faces insurmountable opportunity.  Already customers are lining up wanting integrated solar & cooling systems.  These include; supermarkets, food processors, cool stores, schools, timber mills, fish farms, hotels and tourism operators.  But there’s a problem and it’s a good one.

In order to scale up to meet customer demand, TMRSIS and in fact renewable energy providers in general, need people; apprentices, skilled and semi-skilled people, people who have a thirst for learning and attitude to boot.  There are jobs coming in the renewable energy sector that haven’t even been thought up yet.  According to the US Bureau of Labour Statistics, renewable energy jobs occupy the top two spots for the fastest growing occupations from 2016 to 2026.  Solar energy jobs fall into three categories.  Hands-on roles such as installers and construction managers, sales roles, and technology roles such as field technicians and project engineers.

With an eye to the future, TMRSIS as part of its proposal for School solar installations has included a programme for teaching kids about renewable energy.  Such a programme will be rolled out into other schools that TMRSIS does solar installations for.  Check out the article on DiscoveryCamp 2020 and encourage Year 12 & 13 students to attend!!

TMRSIS will be preparing and positioning itself to take on solar installers, apprentices, scientists and solar engineers to name but a few.