While there they had a number of meetings including one with a supermarket chain (Saigon Co-op) and another with one of the owners (Tuan Nguyen) of a long standing and well established solar energy company, SolarBK.

SolarBK has a strong R&D and IP background and offers a full suite of solar energy services from site selection, energy assessments, manufacturing to financing and installation. SolarBk specialises in agri and aqua energy and installing solar energy in remote locations. 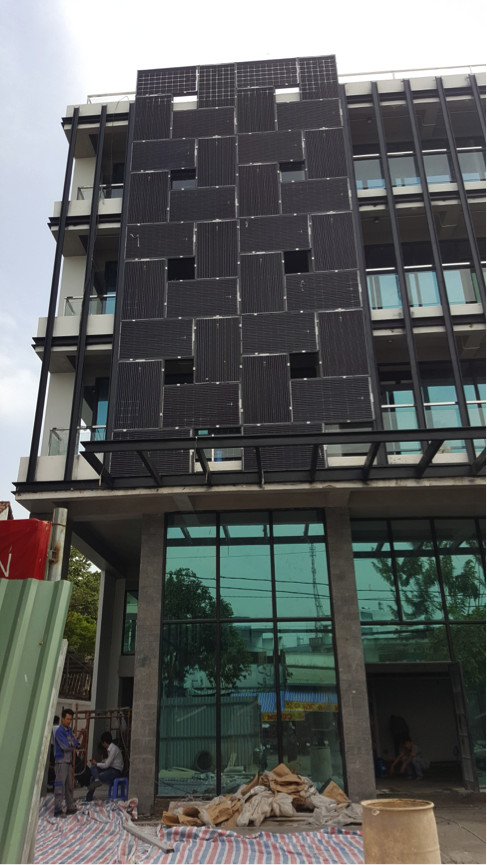 Although solar isn’t currently cost competitive with hydro energy in NZ. Solar technology is increasing and the price is dropping. At some stage it will be comparable or maybe even cheaper than hydro. There is also the fact that the power infrastructure in NZ is ageing and costly to upgrade. Power prices for households and businesses are unlikely to reduce. 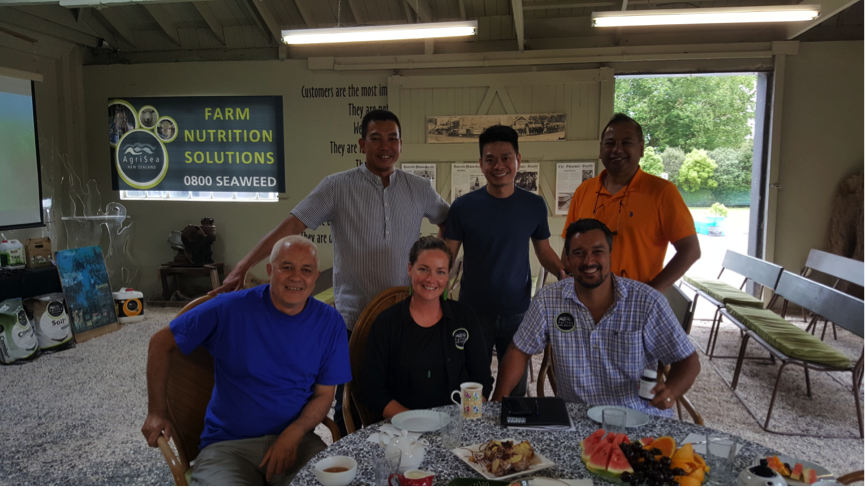 Tuan (standing in the middle) meets the whanau from Agrisea

Within three weeks of returning from Vietnam, Tuan arrived in NZ and was hosted on a 4-day visit by both Poutama and TMRI. Poutama hosted the first leg of the visit. This involved a meeting with Kawerau Dairy to discuss solar complimenting geothermal energy in meeting the energy needs of the dairy plant. Tuan also met with two of the farms that will supply milk to Kawerau Dairy. They discussed the possibility of solar providing energy to power up their milking sheds and other farm services such as electric fences and water pumps.

The second leg of the visit was hosted by TMRI in the Wairarapa and Dannevirke regions. During this visit Tuan got to view Rangitāne land in Masterton that’s available for a facility to assemble solar components for distribution and installation throughout NZ and the Pacific Islands. In Dannevirke a meeting was held with an electricity distributor, Scanpower. The CEO of Scanpower is familiar with solar energy and had solar installed to power their office. Scanpower faces huge costs in replacing ageing power infrastructure and has already done solar installations for cell towers and in rural areas. Scanpower are investigating using solar to heat the Dannevirke community swimming pool as well as taking the rural community of Kumeroa off the national grid and power it from solar. They’re even thinking of converting the town of woodville’s power supply to solar. This kind of thinking opens up opportunity for TMRI, SolarBK and Scanpower to work together. 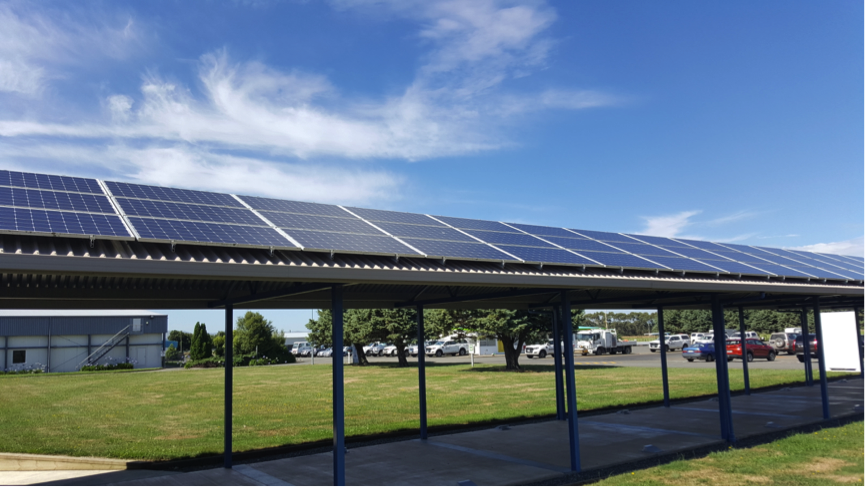 Since Tuan returned to Vietnam there has been no let up in looking into how SolarBK’s services can be utilised.

Already information has been sent to Vietnam on the energy requirements to power the milking sheds including photos and dimensions of the shed roofs. There is now the possibility that a pilot study will be established with the farms to assess the viability of solar powered milking sheds.

TMRI is working through the process of what it would take to establish a joint-venture with SolarBK and is liaising with Scanpower on a possible visit to SolarBK’s plant in Vietnam.

Tuan is a fanatic marathon runner and wants to time any visit to Vietnam with a marathon through the highlands. So far there have been plenty of offers to be part of the support crew but no takers for the marathon!!