Entrepreneurship Is More Than Being a Founder

It’s an approach to life

How do I know? I was once a creator of businesses and now that I’m not, people often mistake who I am. The number one question I get is:

“Why don’t you start another business?”

I have no intention of starting a business because that has nothing to do with me living like an entrepreneur. Entrepreneurship is a way of life.

Entrepreneurship is so much more than being a founder or creating companies. We are missing the whole point of entrepreneurship and I’m going to explain it to you in simple terms. You may already be an entrepreneur and not realize it because its meaning has been lost.

I am going to help you rediscover what it means to be an entrepreneur so you can utilize its true meaning in your own life.

Like I said at the start, the majority of people believe that entrepreneurs can only create companies.

Two of my mentors are entrepreneurs and they don’t own their own company. Neither of them has ever created a company either.

We have to do away with the idea that entrepreneurs only create companies, because the truth is, there are entrepreneurs working in companies all over the world that once identified, can be nurtured to create solutions to some of the biggest problems humans face.

It’s Starting Something From Scratch

Entrepreneurship is starting something from scratch.

It’s an idea or a vision that starts the whole process. It’s generally an itch that you can’t resist scratching; a part of life that you believe could change and for which you believe you are the one to change it.

The fear of starting or decision fatigue doesn’t stop the entrepreneurial spirit; it only gets amplified the longer an idea is left sit to idle. It is true that entrepreneurs can start businesses, but they can also do the following:

Making Good Things Happen That Haven’t Been Done Before

Entrepreneurship makes good things happen that humans didn’t think could be done before. It’s a component of innovation and starts with a belief.

Entrepreneurs start with believing anything is possible, and that’s where good things can begin from. Shooting a rocket into space and watching it land again seemed impossible. Elon did it.

Photo by SpaceX on Unsplash

Having an object other than a bird fly seemed impossible. The Wright Brothers did it.

Having a simple device in your pocket that anyone can use and understand that was more powerful than a computer seemed a long-shot. Steve Jobs proved simplicity and technology could work together.

The urge to do things that have never been done before is what creates the entrepreneurship way of life.

The thing about choosing the entrepreneurial way of life is that your belief system is different.

Instead of seeking comfort, normality, and an easy way of living, you choose hard. You learn to see easy as boring and hard things as fun.

The fact it has never been done before makes you excited.

The fact it’s really difficult adds more enjoyment, not less. Frustration from hard problems is replaced by excitement and fulfillment.

A Combination of Innovation and Implementation

This one is the biggest misunderstanding of the entrepreneur way of life:

But what is just as important as all of that is the implementation.

If all you do is have good ideas or think big, that is not the entrepreneurial way of life. Here’s a quick way to spot the difference:

So much of what shapes success and failure in life is the actions we take. Entrepreneurship is heavily weighted towards the action component.

Dreams don’t come true and problems don’t get solved unless one gets off the couch, turns off Netflix, and sits down to do the very challenging work of changing the world. That is the heart of entrepreneurship.

Artists Are Entrepreneurs Too

Why? Because they have to find an audience for their work and then influence that audience to give their attention to their work.

A writer creates a book and then needs to market it so people can find it.

A painter paints a beautiful piece of work and then has the difficult task of getting galleries to showcase their work.

A professional speaker creates a speech and then has to find a room with an audience to perform it in.

Artists have to influence people to be part of their audience and get all of us to stand up and appreciate their work — and perhaps change their view of the world in the process. That’s entrepreneurship in action.

Entrepreneurship Is a Reinforcement of Optimism

The tool an entrepreneur uses to solve problems is optimism and that is what you can learn from the entrepreneur way of life.

In my own life, I used the optimism that the entrepreneurial way of life gave me to solve mental health issues, overcome a near-miss with cancer, heal myself from multiple failed romances, change my career, and become a writer when the world told me it was a waste of time.

You can take the optimism from entrepreneurial endeavors and apply it to life.

Without optimism, you can never succeed in doing things that have never been done before. Being negative will not give you the belief (or your team) to keep trying at something that was previously deemed impossible.

Negativity forces you to accept the current view of the world while optimism helps you to imagine a world that doesn’t yet exist.

And then the entrepreneur way of life helps you make that view of the world real through execution. 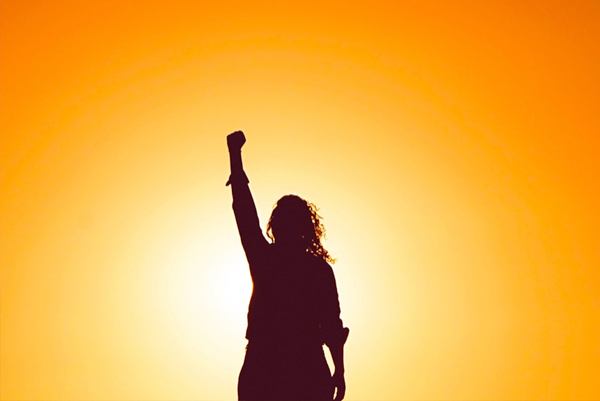 Photo by Miguel Bruna on Unsplash

Entrepreneurship unites us and it solves problems.

If we want to solve more problems and unite people around those problems, then we need to stop pigeonholing entrepreneurship as something that is only associated with creating businesses.

We need to change our view on what entrepreneurship is so that the entrepreneurs who have been hidden from this way of life can discover it, and use it for good.

Entrepreneurship is a way of life and it’s open to anybody who dares toil with it. Let entrepreneurs from all walks of life please stand up.