Māori food and wine exporters get onto the blockchain

The answer is a recently launched initiative to provide wary Chinese online shoppers wanting to buy premium New Zealand goods like honey and wine with a way to be sure the product that arrives on their doorstep is the real deal.

NZ Post, AsureQuality and NZ Trade and Enterprise have joined forces to develop a delivery system for New Zealand products bought online, which includes a digital record of where each product has come from.  A woman in Shanghai buying a pot of manuka honey for her mother through Alibaba will be able to check it’s real manuka honey.

Trust – or lack of it – is one problem New Zealand SMEs face going into the China market.  There are plenty of fake and sometimes dangerous food products being sold there.

But another problem for small companies here is finding customers in China without going through several intermediaries, each of which takes a mark-up.

The export and tracking service was launched in China on November 5, with blockchain being added into the mix before the Chinese New Year holiday in February next year.

Blockchain is an online public record of transactions, which isn’t controlled by a single organisation but is available to all the computers on that blockchain network.

In the case of products from the HUI Māori Collective, it will allow individual buyers in China to scan QR codes on the product when it arrives and see exactly where their jar of honey, bottle of wine, natural snack bar or sparkling drink is from.

“Blockchain adds value in determining an indisputable chain of information for a product – a single source of truth,” Green says.  “In China there is a problem with trust, so blockchain authenticates that what they have received is what they ordered, and quality is part of that story.”

Green said, “Chinese consumers trust New Zealand products, and Māori values like mana and guardianship resonate with many of them.  But rip-off products are a big problem.”

“Counterfeit production devalues our brand and impacts our reputation,” he said.  “A good example is that more mānuka honey is sold in China every year than New Zealand produces, and authentic pure mānuka honey is only produced here.”

Auckland-based developer TrackBack is providing the blockchain technology and expertise for the HUI Māori Collective project which, if successful, will act as a pilot for other New Zealand companies wanting to sell their products on any number of global e-commerce platforms. 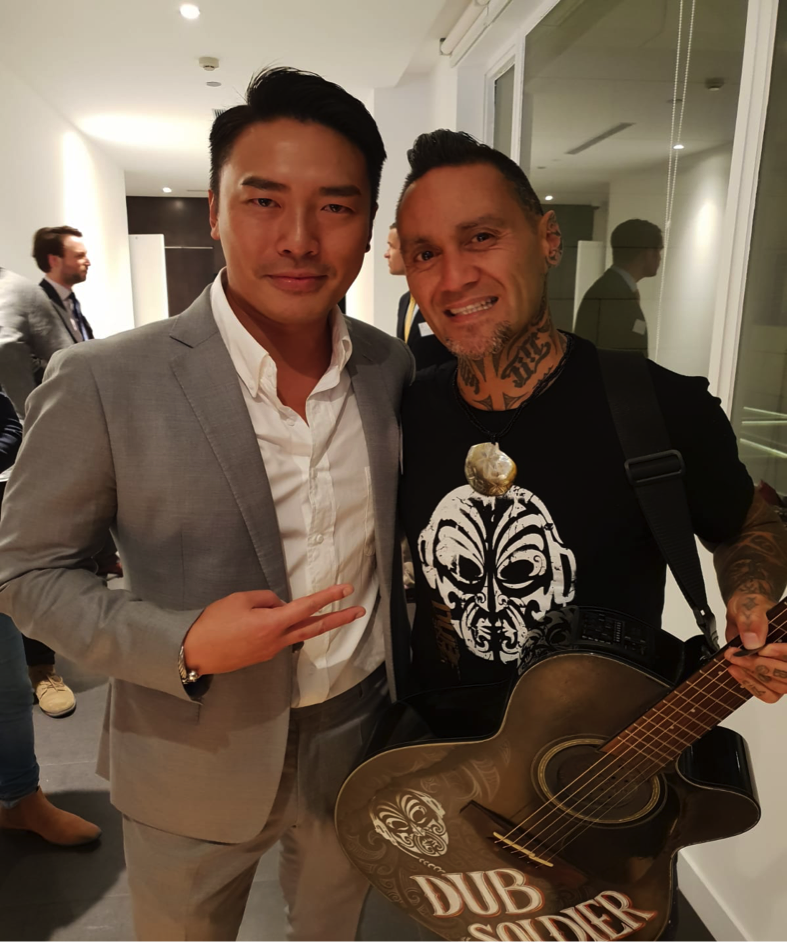 TrackBack director David McDonald says, “It’s about taking that Sunday market feeling of a trusted connection between buyer and seller, and exporting this to the world, potentially at massive scale.”  He says, “there are plenty of high-quality Kiwi producers wanting access to big markets like China.”

Green says, “The ‘Food Trust Framework’ partnership between AsureQuality, NZ Post and NZTE could be a game changer for NZ Inc, because there are customers all over the world prepared to pay a premium for goods, if they can be sure of their authenticity.”

But at the moment, many high-quality New Zealand food products find themselves in China via Australia and the Daigou – buying on behalf of – grey market.

Green says, “The Daigou market for New Zealand products is worth hundreds of millions of dollars a year, and Kiwi companies aren’t able to cash in on the quality premiums when exports go this way.”

“Chinese customers, many of whom are younger women buying for family and for gifts, are paying a lot for products like manuka honey and New Zealand wine.  But we know they are willing to pay a bit more for trust.  There’s not much trust for Daigou products.”

“Once the HUI collective pilot is up-and-running, the verification and delivery system can be expanded,” Green says.

“Once we are in position, we will take it to all NZ Inc companies that want to export from a trust perspective.  I’d like to think that in three to five years time the size of the verified market is equal to that of the Daigou channels – hundreds of millions of dollars.”