Seaweed company AgriSea NZ knows a lot about adversity, so perhaps it was par for the course that dairy prices plunged just as the business reins were handed to the founders’ kids.

Pasture and animal nutrition for the dairy industry was a mainstay of the Paeroa-based business, so the 2015 dairy downturn was a gut punch for Tane and Clare Bradley, who had just taken over the daily running of the family-owned company.

They had to let go nine of their 30 staff and close a seaweed brewing and fermenting plant in Gisborne.  Tane Bradley (Ngāti Maniapoto) still gets queasy recalling those days.  But when your product has been called “snake oil” by a then-prominent soil scientist and your family has fought every inch of the way for more than 20 years to win the confidence of the country’s agriculture, horticulture and viticulture sectors, you don’t fold under pressure. 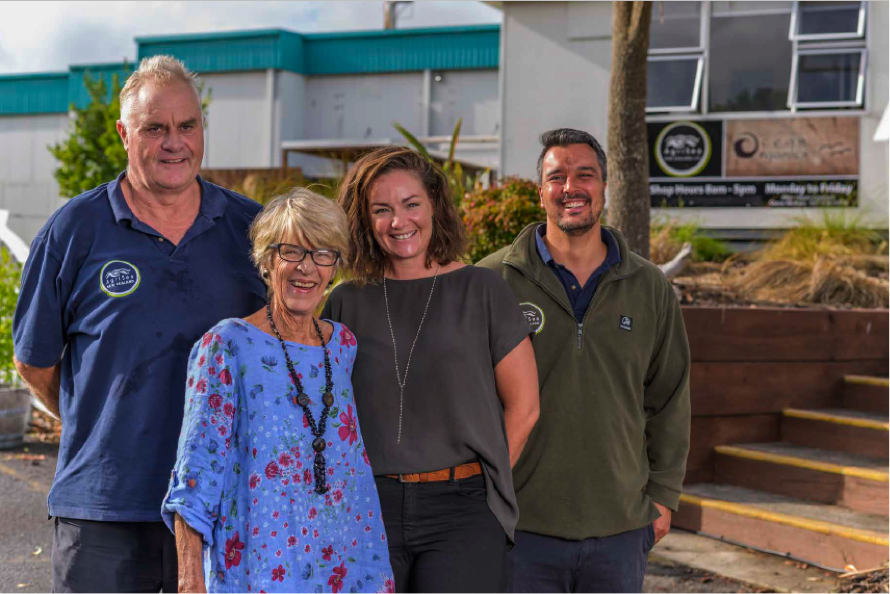 Far from crippling AgriSea, the dairy downturn taught it to run faster and in more directions.  When the young couple put the books under the microscope, they realised beekeepers were buying AgriSea’s organic seaweed nutrition product intended for livestock, to add to bees’ sugar water feed when they removed honey from the hive.  Unbeknown to AgriSea, some Waikato and Wairarapa beekeepers – and their bees – had been finding AgriSea’s organic product just the supplement they needed.

AgriSea got a biochemist from Auckland University to help them refine the product for bees, a $74,000 Callaghan Innovation grant in 2017 to formally trial the product for hive health, and launched AgriSea Bee Nutrition.  Today this bee product contributes 15% of the company’s total revenue.  It is being exported to Australia for the second year and there is some market testing in the US.

There’s now friendly rivalry among those pioneering beekeepers over who was the first to stumble on the product, says Clare Bradley.  But even more exciting than the new product was the Callaghan grant, she says.  “It was a big step for us.  Until then everything we’d done [in R&D] had been self-funded.  We’d knocked on many doors without success.  That period was tough on us but it actually made us much smarter”.

That self-funded research includes $1 million-plus for a decade-long project on the ecological effects on the marine coastal seaweed species, Ecklonia radiata, AgriSea’s main resource.  It is harvested from remote East Coast and Northland beaches by contracted local residents.

Today, with staff numbers back to 30-plus, AgriSea is in growth mode.  And seaweed as a biostimulant to support sustainable farming is becoming a “huge growth phenomenon” overseas, says Clare Bradley.  Biostimulation involves the modification of the environment to stimulate existing bacteria.  AgriSea which began as a cottage business brewing certified organic seaweed products for home gardens, and seaweed creams and soaps, has never claimed to be a fertiliser maker, but has marketed itself as an organic supplement provider for soil, animal and plant health.  Growing international research has resulted in the “biostimulant” label. 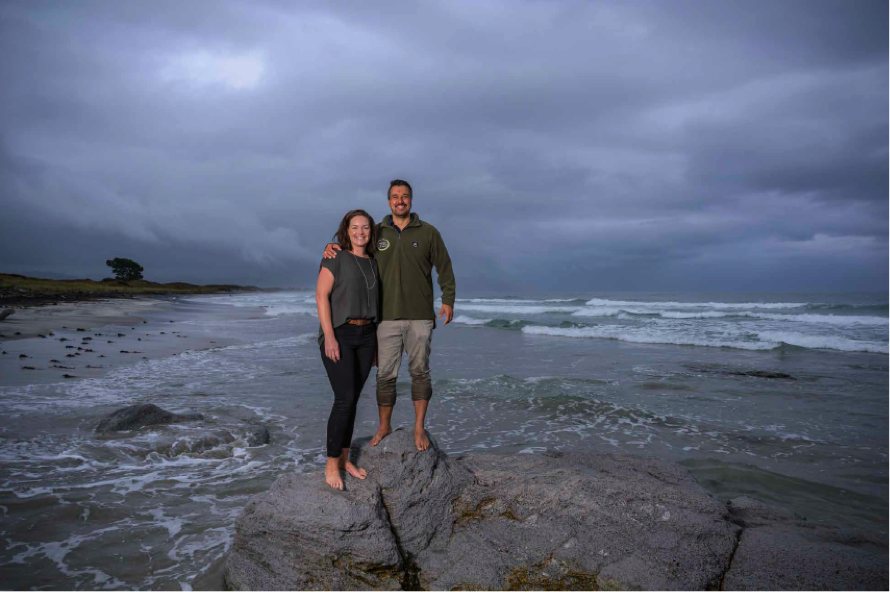 AgriSea claims to be New Zealand’s leading biostimulant input manufacturer and the single biggest investor in research in this field.  It also makes products under its Ocean Organics brand for gardeners and personal health.  The company devotes more than $200,000 each year to R&D.

Recently the business moved from a cluster of small buildings in a Paeroa back street to the 20ha former Silver Fern Farms processing site on the main road south of Paeroa.  It was a big financial step for the Bradley’s who say the company is turning a profit after losses in the dairy downturn, which means they can forge on with expansion plans.  These include developing Ocean Organics, the cosmetic and human nutraceuticals side of the business which has never been marketed, taking on more staff and brewing more product.

AgriSea is starting to be taken seriously.  Dairy company Fonterra has expressed interest in AgriSea’s work on developing an animal nutrition Ecklonia seaweed formula for testing on ruminant animals, along with a new product containing terrestrial plants as well as seaweed.  The country’s largest farmer, state-owned Landcorp is trialling its product on one of its central North Island farms.  And in a left-field use of AgriSea’s waste seaweed, Crown Research Institute Scion is investigating seaweed for use in nano-cellulose crystals to make high tensile strength, lightweight fibre for use in items where heat needs to be dispersed or reduced – such as batteries, phones, aircraft interiors and computers.

The company is also involved in a $13m Waikato University algal biotechnology research project in the Bay of Plenty, investigating commercial applications for seaweed.  The Bradley’s hope this project will be a step towards their dream of farming seaweed in land-based facilities to extract nitrogen runoff from sea and river water.  With sea levels rising and millions of dollars having to be spent on stopbanks, the time is right for land farms where the seaweed cleans and filters nitrogen and contaminants, they say. 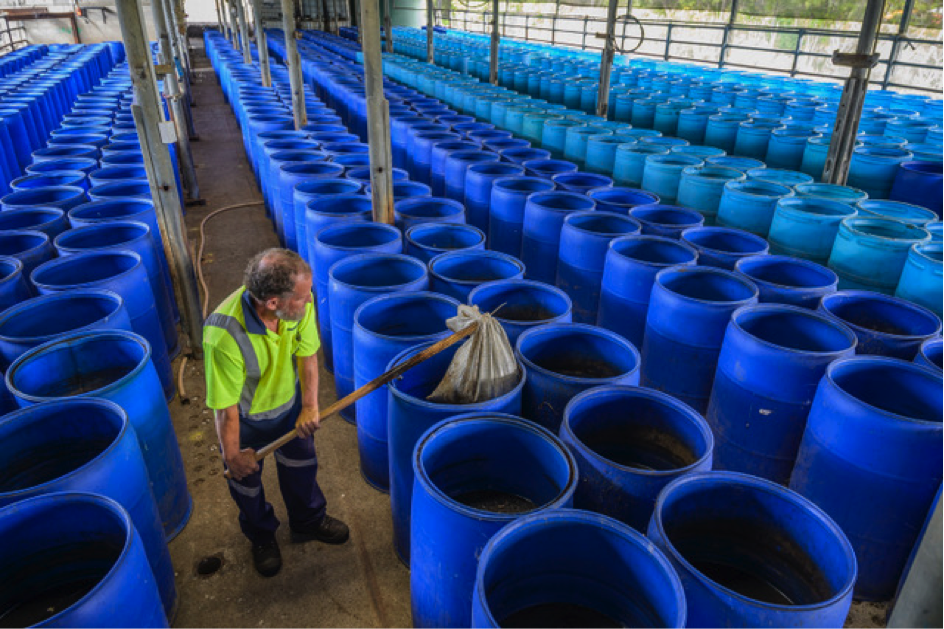 Always willing to push boundaries, AgriSea is a founding member of Poutama initiated hemp cluster, MIHI.  They hosted the last MIHI get together and more recently got alongside Poutama and Ojibway Hempire to explore new product development through blending seaweed, hemp and CBD.  At the very least as the hemp/cannabis industry develops in New Zealand AgriSea will be there to ‘biostimulate’ it!!

AgriSea has come a long way since 2012 when Tane Bradley’s mother Jill Bradley firmly declared that the company she founded with husband Keith Atwood would be “mainstream” by 2015.  Back then “organic” was still almost a dirty word to farmers strongly influenced by the deep-pocketed marketing of the synthetic compound fertiliser and mineral industries.  About 98% of AgriSea’s target farmer market was not organic.  But with farmers under pressure to farm more sustainably, Jill Bradley was confident AgriSea’s research would soon get its mainstream acceptance.

Tane with assistance from Poutama will be in Canada to promote AgriSea at the 46th Apimondia International Apiculture Congress, Montreal, 8-12 September 2019.