We would like to invite you and your colleagues to attend the third annual Harbour Investment Hui.  Please feel free to forward this invitation on to anyone you feel may be interested in attending.

We are delighted to have Sir Tipene O’Regan (Ngāi Tahu) joining us for opening remarks, and as a panelist.  A full list of speakers and panelists will be announced before the event.  Topics that will be covered include:

The event is free to attend.    The aim of the Harbour Investment Hui is to deepen the investment knowledge of Māori communities.  It’s designed for anyone tasked with protecting and growing money now, and for future generations, on behalf of Iwi groups, Trusts and other Māori entities.

Connections are a huge part of owning and operating a small business.  Maori Women’s Development Inc, want to help facilitate those connections by presenting Hine Mareikura – a conference for Māori business women and their whanau, taking place in Wellington 7 December 2017.

The aim of the conference is to provide businesses with learning and networking opportunities, provide practical skills and pathways for small business success, and most of all build meaningful connections.  We want to profile successful Māori Business Women who own and operate small businesses, and encourage small businesses to take the next step in their journey.

Registrations are now open so get in quick and secure your place at Hine Mareikura – www.mwdi.co.nz

After a 10 year reprieve, the MWDI Maori Business Women Awards are back, reinvigorated and with 6 new award categories.  Could your business be taking one of these prestigious awards home this year?

As a wahine Māori and business owner, we want you to celebrate your hard work and success by nominating your Business for a MWDI Māori Business Women Award 2017.  These nominations not only represent your rohe, but also business excellence through various disciplines such as innovation and collaboration.

The Awards are open to small businesses (less than 19 employees) new and mature as well as social enterprises that are owned by wāhine Māori either alone or jointly with others. 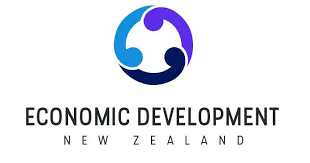 Minister for National Security and Intelligence

Minister for Sport and Recreation Associate

Minister for Arts, Culture and Heritage

Minister of Housing and Urban Development

Minister of Energy and Resources

Minister of Research, Science and Innovation

Minister Responsible for the Earthquake Commission

Minister of State Services Leader of the House

Minister of Justice Minister for Courts

Minister Responsible for the GCSB

Minister Responsible for the NZSIS

Minister for Treaty of Waitangi Negotiations

Minister for the Environment

Minister for Trade and Export Growth

Minister for the Environment

Minister for Workplace Relations and Safety

Deputy Leader of the House

Minister for Building and Construction

Minister of Trade and Export Growth

Minister of Defence Minister for Veterans

Ministers outside of Cabinet

Minister of Commerce and Consumer Affairs

Minister for the Community and Voluntary Sector

Associate Minister for the Environment