What a little inspiration, collaboration and follow through can do 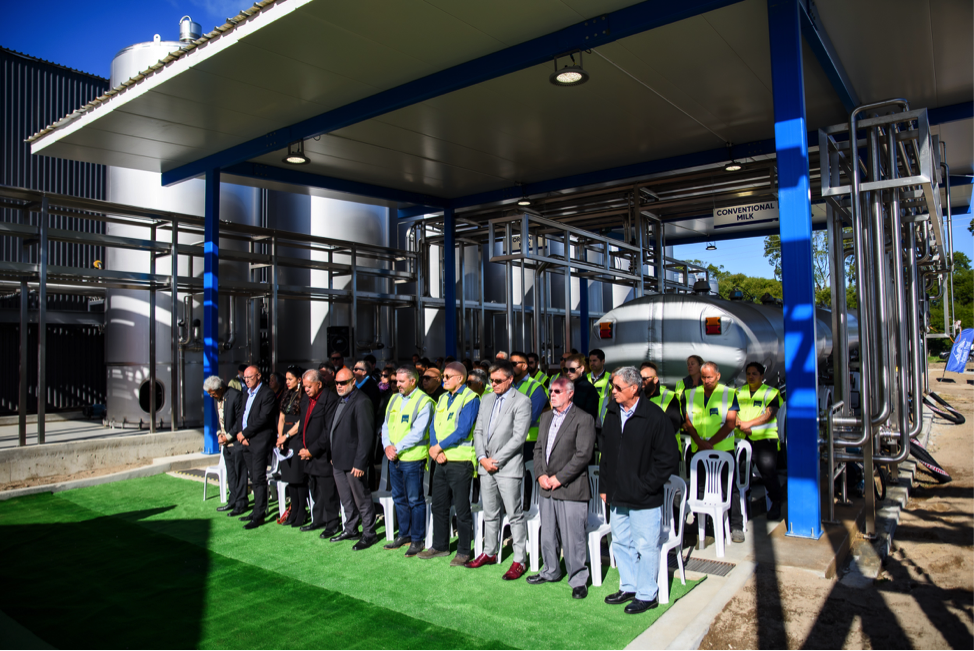 Waiū (formerly Kawerau Dairy Collective) is the latest example in enterprise collaboration (whanaungatanga in Māori) and self-determination (tino rangatiratanga) that is being rediscovered as part of an economic renaissance within the Māori economy.

Waiū Dairy chair Richard Jones proudly shared the story of how this auspicious company came to be.  The concept was hatched over a pint, the same manner in which another supremely successful Māori primary sector land trust (Tūaropaki) apparently got itself into the business of geothermal power generation, according to its late chairman Tūmanako Wereta.

Richard and representatives of Māori business from the Eastern Bay of Plenty were in a hotel bar reflecting on the Havard business course they were attending in Queenstown, pondering what they could do in the Eastern Bay of Plenty.  Richard pipes up “why don’t we do what Miraka did?”  Build a geothermally powered dairy factory.  They replied “why don’t we.”  And they promptly suggested Richard look into it, so he did.  A pre-feasibility process had begun.

Richard set off to talk to Miraka.  Along the way, serendipity intervened whereby he bumped into Jeff Crawley who was talking with Miraka on sourcing milk powder.  Richard shared his plight, “we’re looking at building a dairy factory and I have no idea about how to do that.”  Jeff said “I know just the guy for you.”  Richard was at once introduced to Dominic Young.  Richard credits Dominic as a key driver behind the establishment of Waiū.  He says “Dominic’s knowledge, experience, networks and dedication to the venture have been outstanding”.  And “his te reo skills are improving too – we’re culturing him up” quips Jones.  Dominic and Richard have been through every stage of the venture.

The original concept was to build a mammoth eight tonne dryer plant, but the feasibility study showed a one tonne dryer could be viable.  So work began on a smaller-scale plant, which is what was finally produced.  Numerous hui with farmers and Māori entities followed, which was necessary to secure support and keep all stakeholders informed.  When it came time to raise the funds, Richard had heard this could be hard-going.  But in this instance, the Māori enterprises that had earlier expressed interest, were ready to commit funds and they did.  With $20 million raised, another major investor was still required to ease the Māori entities mindset about debt.

Kawerau Dairy turned to Kiwa Whatarau of New Zealand Trade and Enterprise’s capital raising team for help to find the additional finance.  Kiwa and the crew were only too happy to oblige.  Within a few days of sending out the investment profile, four overseas investors expressed interest.  One of these was Japanese firm Imanaka, a 143-year old family business that was already involved in New Zealand through its ownership of Cedenco Foods.  Imanaka’s longevity, family orientation and local presence suggested to Richard, Dominic and the shareholders that they should engage with this firm first.  Soon after meeting, Imanaka became an overseas investor and partner in Kawerau Dairy represented in New Zealand by Cedenco Mangaging Director, Tim Chrisp.

An organisational structure and board were formed, and the work began in earnest on the design, development and building of the plant.  Richard praised current board members and shareholders for their commitment to Kawerau Dairy now trading as Waiū Dairy.  Waiū as Richard explains means mother’s milk, but “we like to think of it as ‘sustenance.’”  Thus, Waiū means to be sustained and nurtured by milk.  Waiū Dairy board members are: Richard Jones (Chair) and Kiriwaitingi Rei, representing the Māori shareholders; Tim Chrisp, representing the Japanese shareholder, Imanaka; and independent directors, Anthony De Farias and Paul Brown.

Richard expects that the Waiū Dairy plant will be operational by this June.  What was most pleasing for Richard and the board was not only that there will in the medium term be RoE (Return on Equity) but almost immediately a RoE in the form of Return on Employment.  Waiū had just hired 14 workers and will soon hire another 16, with a total of 40 jobs expected to be created.  This prospect, for a small town like Kawerau known for its big but stagnating pulp and paper industry, is a no small boon for provincial Aotearoa with a positively Māori twist to rural innovation and collaboration. 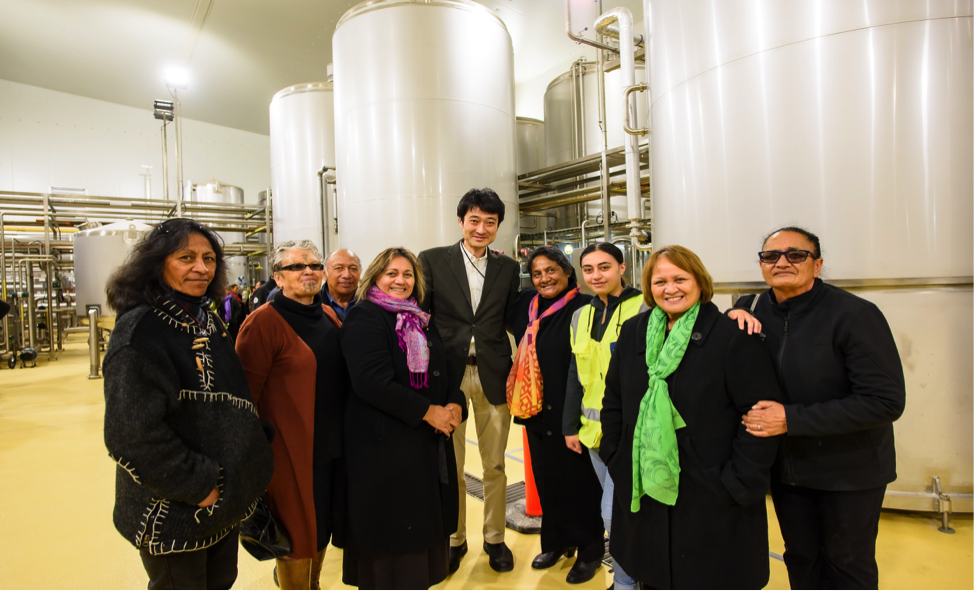 It was also great to see rangatahi present at the opening along with kaumātua who had long associations with the Māori land trusts now charting a new direction.  Anaru Rangiheuea and Waaka Vercoe both founding trustees spoke for the mana whenua of the Pūtauaki Trust upon whose land Waiū Dairy now stands.

It’s amazing what a modest pint can do for creative discovery, entrepreneurship and innovation, collaboration and intergenerational wellbeing – because the impact on our mokopuna and their world is the true test of Māori enterprise.