Smaller Māori businesses are stretching their nets to dozens of countries around the world as they come up with new ways to grow, Statistics New Zealand says. 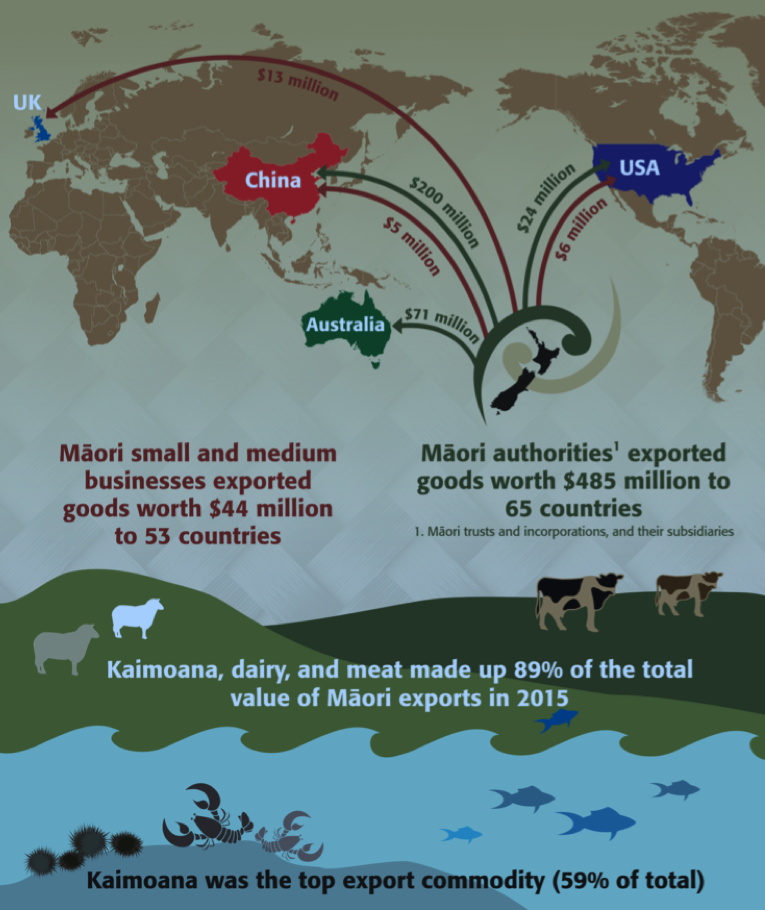 Despite their relatively small individual size, the small and medium-sized (SMEs) Māori businesses reeled in exports worth $44 million in 2015, up 15 percent on the previous year.

“Their collective sales reached 53 countries, going as far away as Cameroon, the United Kingdom, and China, as well as traditional markets such as Australia, where Māori export trade dates back to the 1820s,” Tatauranga Umanga Māori Senior Manager, Jason Attewell said.

The United Kingdom was the biggest single market in 2015 for Maori SMEs, worth $13.4 million.

Surprisingly, Māori SMEs exported almost $6 million worth of goods in 2015 to central Africa, more than the total sent to Australia ($5.1 million).

A factor in Māori export success may be the high rate of innovation, which stood at 63 percent in 2015, compared with 49 percent for all New Zealand business. Innovative firms trying to create better goods and services invest in research and development, marketing and design.

Richard Jones, CXO for Poutama, commented that “the expansion of Māori food producing business into international food markets validates the decision Poutama made in 2010 to concentrate on the food sector, particularly value-add in relation to exports.” He also noted that the young, dynamic, entrepreneurial group of innovators working in the honey sector is one example of the growth of Māori SME exports to markets such as the UK, Europe, and Asia.

Richard says that another factor that validates Poutama’s focus on exporting is around the establishment of food clusters. Over the past five years Poutama has established clusters in cuisine, honey, dairy, red meat, beverages and seafood.